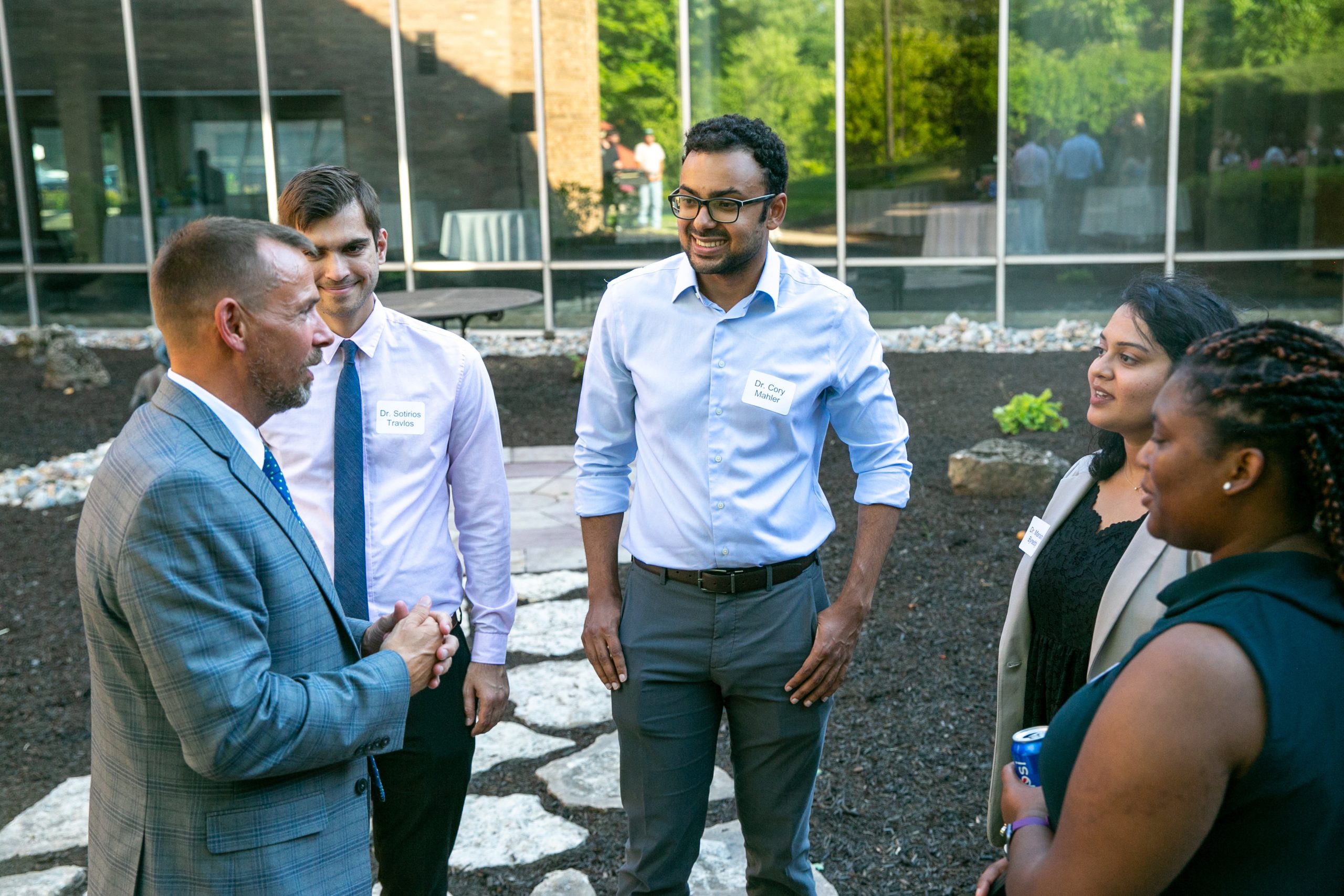 Get to know them below. 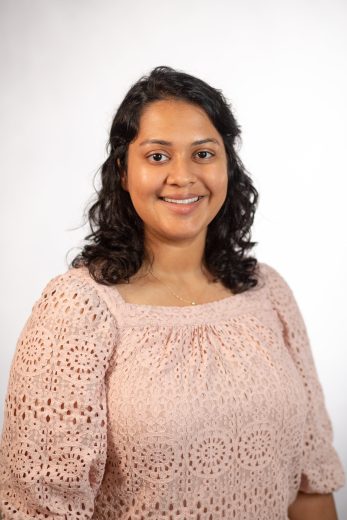 Why did you apply for this residency? “I did my rotation here in October of 2021 and really liked that this was a solely psychiatry program. I think it’s so important at this time to make sure mental health is a high priority in our society. I also was interested in the substance abuse clinic here.”

What do you like most about the residency so far? “I like that it’s a new program. I realized how much I could put into the program and how I could shape it. I think that’s a really cool opportunity.”

What’s been the biggest challenge so far? “Getting to know the area. I grew up in a very urban place and was in an urban setting in medical school. Now I’m getting acclimated to a suburban and somewhat rural area.”

Who’s your hero? “My dad. He saw a lot of challenges in his life and just took them on directly, head on. So, sometimes, even if I feel like I can’t do it, I’ll look up to him and think, ‘I can do it. Every challenge can be solved.’”

What’s your pro tip on time management? “Keep it straightforward. I make a thorough list of everything I need to finish and cross one off at a time.”

If you could be an animal other than a human, what would you be? “A bird. I think they’re very free. They just take off and move to different areas, take on new challenges. I love that freedom.” 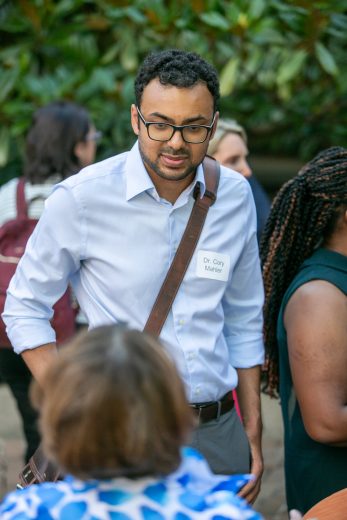 Why did you apply for this residency? “I wanted to work in a community that didn’t have a lot of psychiatrists already. Most of my interests are in trying to build new systems and create things for others. So, instead of being plugged into a spot where all of that already exists, I really wanted the experience of building that myself. Also, I wanted to be between two sides of my family. I’ve got some in Ohio and some in the Chicago area.”

What do you like most about the residency so far? “For me, it’s been the people. I have a lot of faith in Dr. Douglas and others. And my co-residents are really awesome people. We started talking right after we all knew we were going to be in this program. I’d like to think that we’re all friends. I’ve been really enjoying hanging out with them.”

What’s been the biggest challenge so far? “It’s been a little bit of an adjustment just finding out where everything is but so much of what we do is concentrated in the Strawhun Center and the outpatient center in the Geminus building. Also, getting everything set up. Because we’re so brand new here, there’s a lot of systems that need to be built around us, like electronic health records, from scratch.”

Who’s your hero? “Maybe I should come up with something more charismatic, but I’m not sure I’m a person who has a whole lot of heroes. I try not to look up to any one individual person because so many people have come before me and done so many great things.”

What’s your pro tip on time management? “I enjoy the Getting Things Done method (created by productivity expert David Allen). Basically, breaking everything down into smaller, accomplishable tasks. There are a bunch of apps based around it.”

If you could be an animal other than a human, what would you be? “Probably a giraffe. I just feel a kinship with them. They’re taller than everything else and kind of awkward. I just feel like that would be the easiest transition for me.” 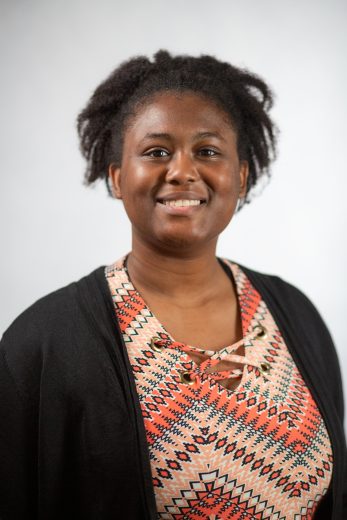 Why did you apply for this residency? “Part of it is I was just trying to get a little closer to home. I’ve been in Nashville, Tennessee for the past eight years. And I want to start taking on some of those more adult roles in my family because some of our older family members start to age out of the responsibilities and you kind of grow into it—things like helping my mom out, keeping track of my cousins, all those things. The residency in this region where so few psychiatrists work also aligns with my personal life philosophy of serving the underserved. Having access to a population that has a deeper need means the world to me.”

What do you like most about the residency so far? “Everyone’s been so nice. And to see how excited everyone is to be here really speaks to the culture. Working with people who enjoy their jobs—I can only imagine how much of a difference that makes in day-to-day practice, especially when you’re learning. I also like the variety. Having access to so many clinics, so many different types of populations. I like the sheer amount of time and care because I know I’m going to learn a lot. It’s also interesting being in place where they’re not using you solely as labor. Here, we’re more than just a body to put immediately into work.”

What’s been the biggest challenge so far? “It’s more internal pressure of just wanting to live up to expectations.”

Who’s your hero? “Probably my mom because there is nothing that I can think of that she’s decided to do that she has not done. It doesn’t matter if the earth itself opposed it, she would still get it done.”

If you could be an animal other than a human, what would you be? “Some kind of cat. I suffer from this thing called cat brain, which compels me to move small things around tables; sometimes knock things over. And my preferred form of entertainment is definitely to sleep in the sun.” 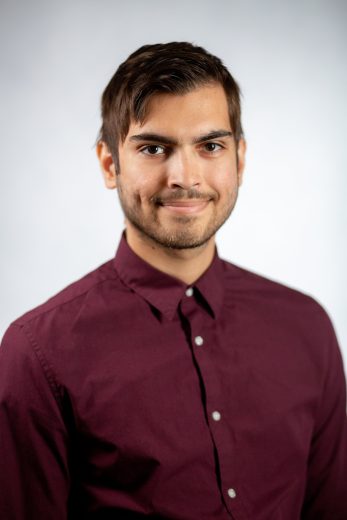 Why did you apply for this residency? “Being born and raised in Chicago, I’m very attached to the Midwest and I like the academic aspects of the city. But I think being in a more rural area exposes you to the bigger problems, problems that are a little more progressed because of the lack of psychiatrists in the area. I’d like to address those needs. Also, I really like Indiana University. Being affiliated with it is particularly important to me.”

What do you like most about the residency so far? “It’s gone by been really quick and it’s still pretty early, but everyone’s been very nice to us. We’ve gotten chances to see a few places—the family medicine clinic, county jail, as examples—and we’ve just started seeing patients. I’m excited.”

What has been the biggest challenge so far? “I have to say that I don’t think I’ve encountered a major challenge yet, but it’s early.”

Who’s your hero? “My parents probably. They helped me study every Sunday.”

What’s your pro tip on time management? “Making a list, knowing what you want to do and determining how much time you want to allocate to each task.”

If you could be an animal other than a human, what would you be? “I think it would have to be a Golden Retriever. They’re very nice, happy dogs, always willing to play some fetch and play some ball.” 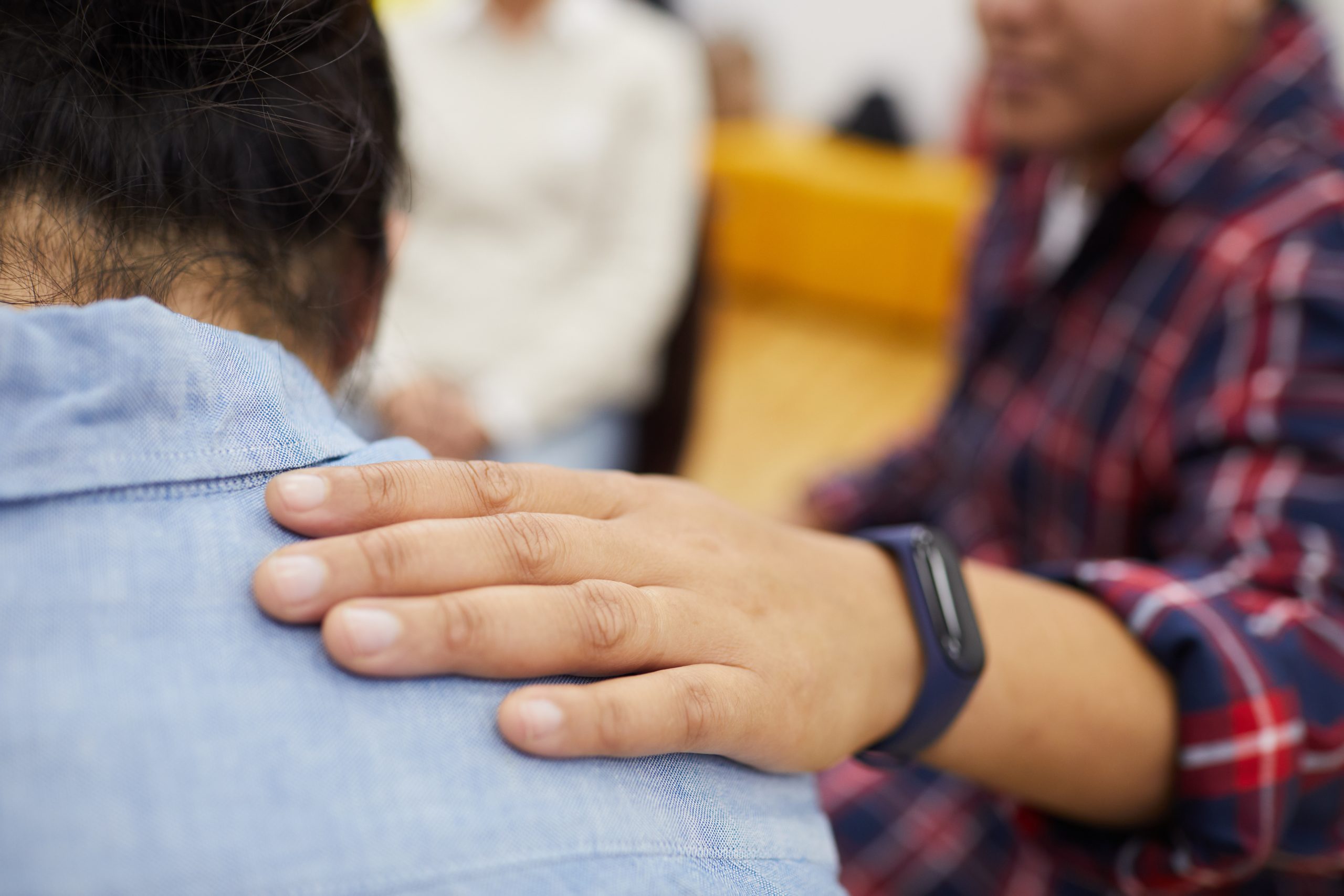 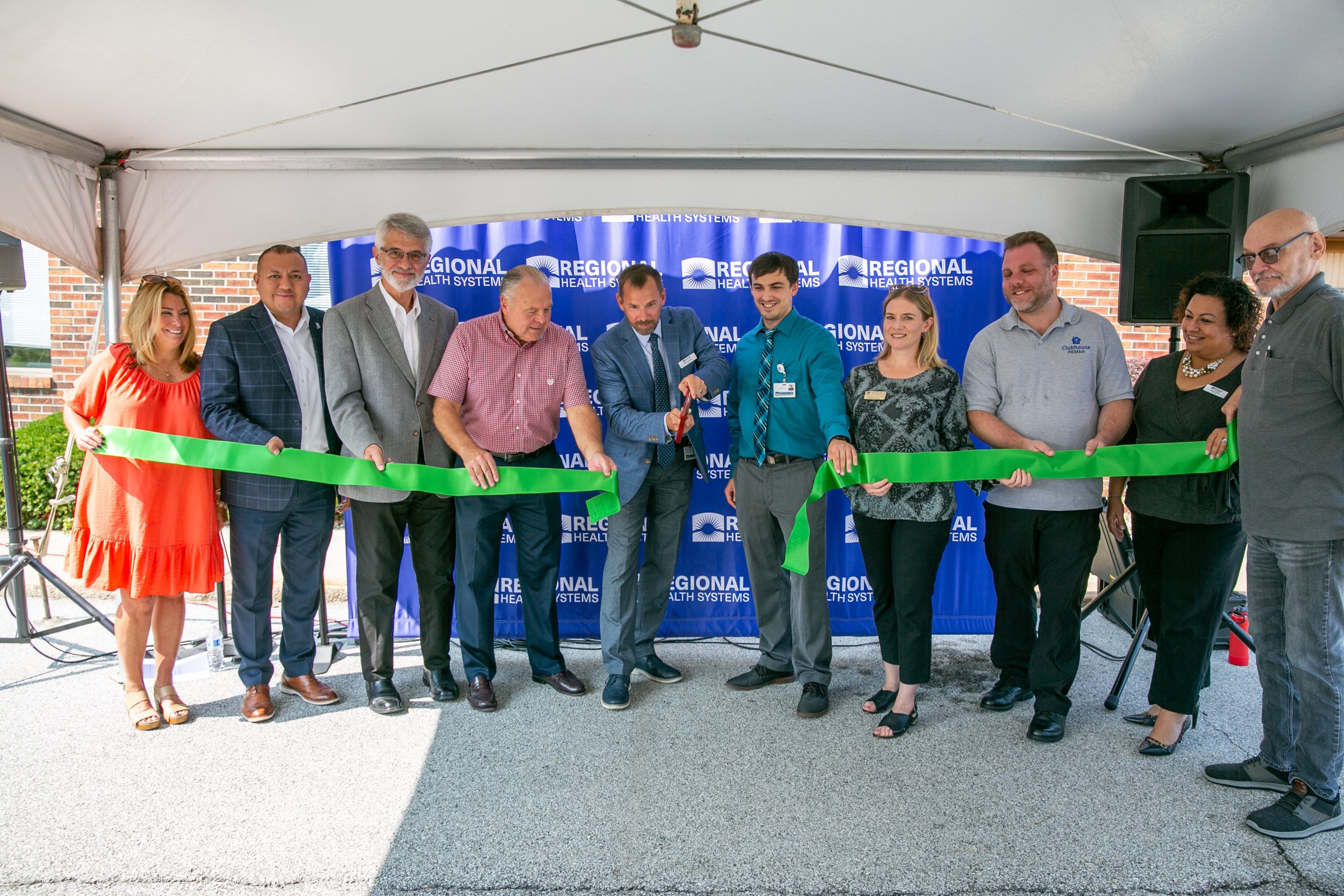